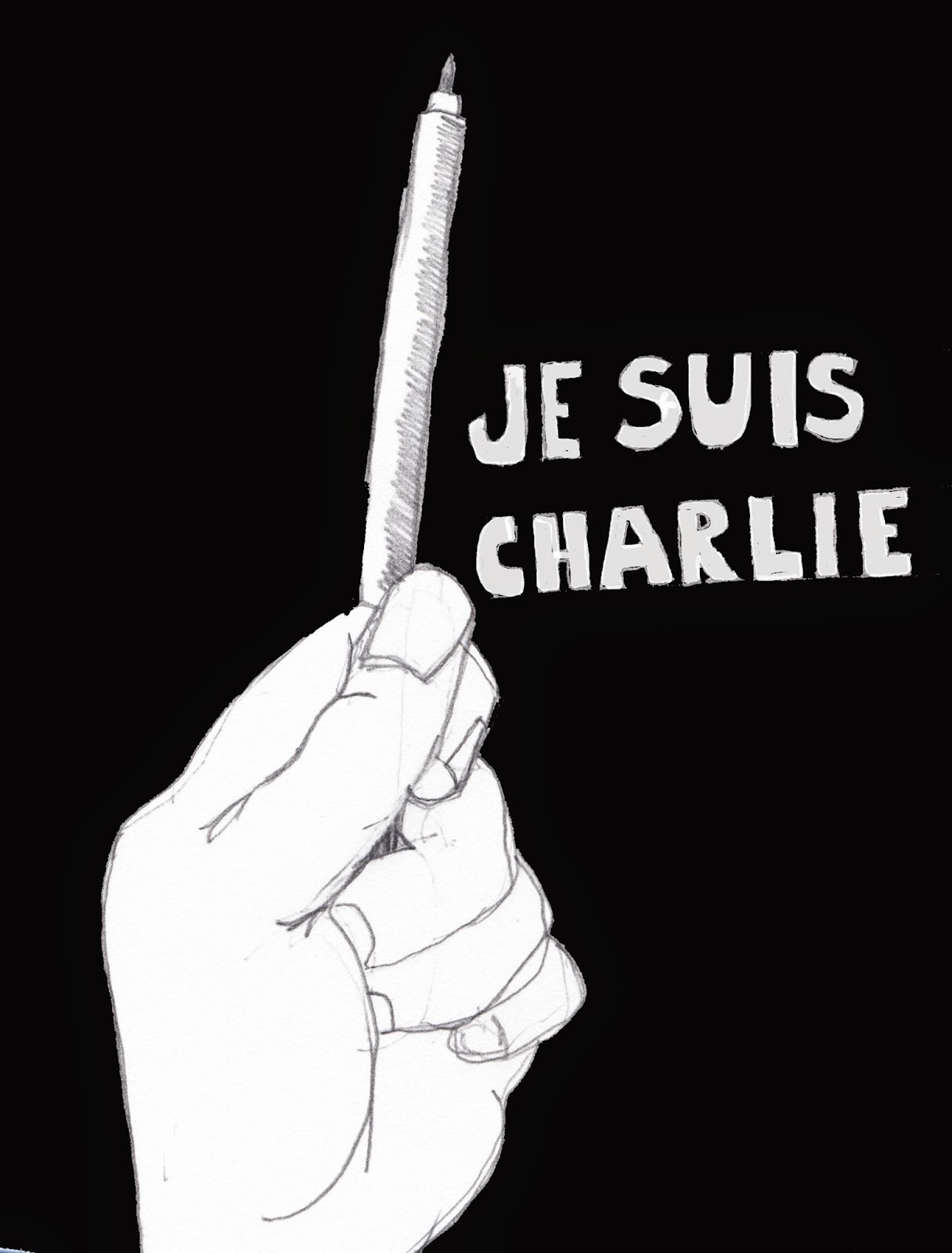 In commemoration for the satirical cartoonists who were brutally murdered in Paris yesterday by Islamic terrorists.  The pen is mightier than the sword and I join those thousands around the world who are holding their pens high. There are those in every corner who would wish restrict what others have to say. Too bad, and so very tragic in this instance.  And how sad to have such fragile beliefs in your own religion that cartoonists are the focus of the death and destruction of innocent people.

Posted by Jim Bumgarner at 7:52 PM

Email ThisBlogThis!Share to TwitterShare to FacebookShare to Pinterest
Labels: jim's art-a-day for 2015

I read up on this and understand what the "I am Charlie" is all about. Wonderful portrayal here, Jim.

Care To Join Us?

Do I Have to Blog Everyday?

No. Though it's a good thing, a fun thing, and highly encouraged at least now and again. Some participation lets us know you are on board, inspires others and may be used to determine eligibility for inclusion in a show (if we have one).

Do I Make Art Everyday?

Yes. That is the commitment.

It is very loose; however diligence is expected because that's what makes it expansive -for you. That is, you commit yourself in whatever fashion you can to "doing" art every day. Add to your piece each day or create something new, it’s up to you. It might mean folding a paper napkin while you are on an airplane flying across the globe because that's all you could do that day - but it was intentional.

Still have questions or want to join the challenge? Don't hesitate to ask - you can add a comment to one of my posts.

These people can't get enough of Art-a-Day